The Sad State of Console Gaming and Locking

Over the last couple of weeks (months, you might say) there are a lot of things happening in the gaming ecosystem. Nintendo recently released Wii U, Sony will announce the next PlayStation, and Microsoft will follow suit with the next Xbox soon enough. As a gamer, there’s only one thing in my mind: console wars is about to start again.

Couple of years ago, those three major players in the gaming industry, Nintendo, Sony and Microsoft, released their then-latest generation consoles, Wii, PlayStation 3, and Xbox, respectively, and the console wars began. Fast forward to now, the same thing could be said again. And although there are some changes in their overall ecosystem, I personally feel that they’re actually messing around with us. Nintendo released Wii U with a very crippled online account capabilities, Sony and Microsoft, at the moment of this writing, are rumored to release consoles that tied the game into the consoles themselves, meaning no used games. That’s not to mention region locking that I believe will be included for your convenience at no cost.

The issue, however, is much more deeper than simply releasing consoles with these kinds of dumb moves. I’m not here to defend them, I still think what they have done (or will do) is extremely stupid, to say the least, however, I am trying to understand the reason why instead of going into nerd rage:

With Nintendo, they released a console with a locked account, meaning your account cannot be transferred to another Wii U in case your console stuff up and you have to buy another or replace it (technically, you can, however it’s a pain in the ass and not working as you would expect).

I believe this is implemented because simply, Nintendo wasn’t (and still not) in the front of online capabilities. They needed a system where people cannot simply login to another Wii U and redownload all titles they have, and then logout. Certainly not a well-thought solution, but it works for them and the publishers.

With the rumor on the next PlayStation Orbis and Xbox Durango, they supposedly will be released with more online sharing capabilities and games locked to their first consoles (they even had a patent for it), not to mention an always-on internet connection (they said for sharing, but piracy and control are more like it). Locking games to the first console they’re played means that you no longer have the ability to resell your games, nor you can simply borrow or lend one to one of your friends or family.

I believe this is implemented because of middleman distributors such as GameStop or EBGames actually sell pre-owned games (and consoles), which I loathe simply because the money will not go towards the publisher of the game, but to their very own pockets. Console game locking is indeed a dick move (GameStop is also against it because of gamers, but we know better), but hey, it works for them and the publishers as well.

The reason I despise their attempt (despite owning a Wii U myself) is that, like what my lecturer once said, it only addresses the symptoms, not the underlying issue on gaming as a whole. Nintendo, Sony, and Microsoft have been working (and I suspect they will always do) with publishers to create games that are less and less about the gamers, and more and more about the publishers (and their money), and I think it’ll get worse year by year. The real issue is not gamers sharing or reselling games, that’s simply a consequence of the actual problem itself: pricing, availability, and replayability.

The price of games are too damn high

Let’s take on the first issue: pricing. Nowadays, new console games usually range from somewhere between $40 for the usual ones and up to more than $100 for the so-called limited or enthusiast editions. Of course over the years the price for said games will go down, but new games will always linger at that price, and that doesn’t include “Australian tax” that somehow makes a $40 game into a $70 game.

Granted, $40 is not that much. It’s roughly 4 to 5 times eating out (at least in Melbourne), and in developed countries, most people will have income far beyond that amount. However when you take into account the quality of the game itself, it becomes stupid. Don’t get me wrong, I do not mind paying for a good quality game, however they are very hard to come by these days. And paid reviews on most game sites do not help at all.

Then you realise that you can buy the so-called limited collector’s edition for $100+, where in fact these so-called collector’s edition is actually the same game, but with steroids such as giving you early access to super weapons and whatnot, basically throwing off the balance of the game. And then there’s the so-called DLC, monthly subscriptions on PSN and Xbox, and suddenly your actual cost of actually playing a game shoots up to $150+.

And that’s only for a single gamer playing a single game, not mentioning the quality of the game or replayability values. How do gamers recoup with these? One of the solutions are to resell the game they no longer play, be it for in-store credit, or via eBay. The other solution is to buy used games at a much cheaper price than a new one. Or simply borrow from one of your friend.

The publisher has not made this game available in your country

And we come across the second issue: availability, and the consequence of it, region locking. I believe most of us gamers can relate to this one. Region locking was cool in 2000, was not cool in 2006, and is very stupid in 2013. Seriously, with the world literally all connected through the internet, you still expect us to believe that we’re unable to play a US game simply because we live in UK? 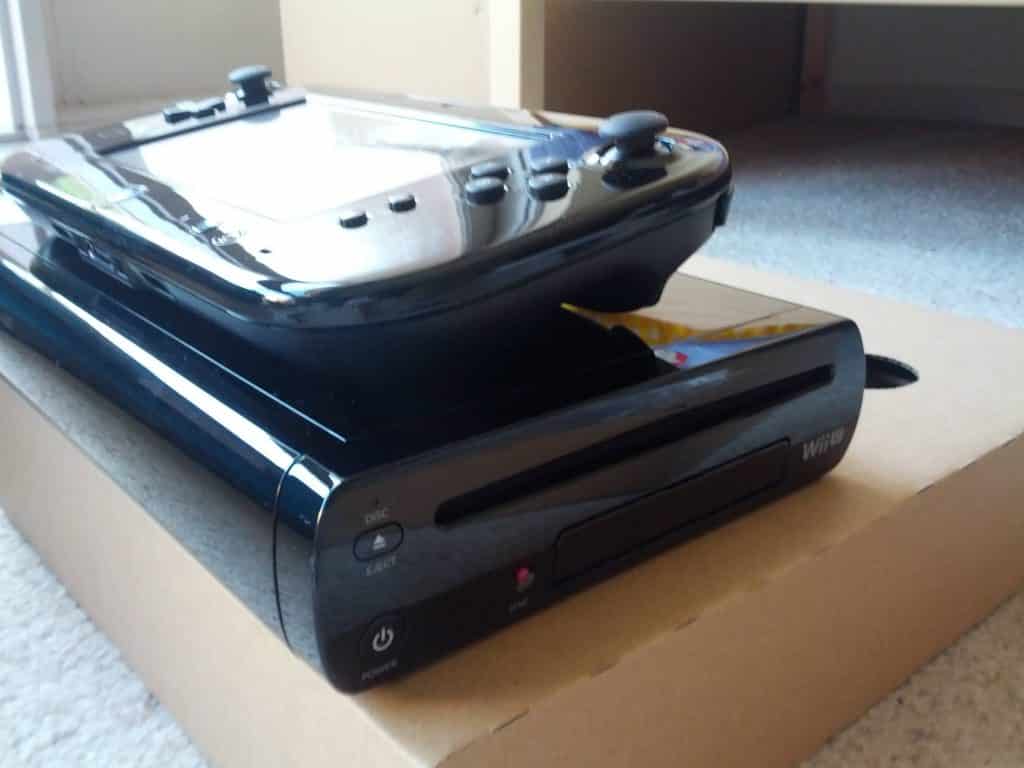 Wii U: Region locked for your convenience

Availability has always been the issue for gaming industry as a whole. There are an awful lot of incredible games released in Japan (Final Fantasy Type-0, Bravely Default, Professor Layton vs Ace Attorney, Tales of Vesperia PS3, Super Robot Wars, the newest Suikoden side-series, and the list goes on) but never, or will never set foot in the western world, simply because some publishers think that they won’t be profitable. Even big publishers (who definitely have some money to spare) like Square Enix chickened out.

Some gamers do import games from Japan. But if region locking will be enforced to the console itself, like what Wii or 3DS did, then I reckon we will probably have a set of consoles from Japan, one for US, and one for Europe. Or we simply won’t buy the console at all.

On a side note, kudos to XSEED that vows to bring lesser known titles and hidden gems from Japan to US (and hopefully Europe market as well).

There is a reason why people are quite vocal about used games: replayability. If a game has been played and finished, there are no more reason to go back to play the game except for nostalgia. This is why games nowadays have a huge freaking list of in-game collectibles to collect, or a thousand sidequests. I’m not complaining against multiple sidequests, but again, once you are done, 100% done with everything, you don’t have any reason to play the game again. And of course you won’t replay the game from the start simply to do it all over again.

Hence over the last 2 or 3 years, publishers have been adding more and more content to provide a replayability value for their gamers, to entice their gamers to play the game again (and providing more money to them, I guess). Sadly though, they are now realising that this strategy works really well that most of the games nowadays can be finished in under 40 hours of play.

One of the best games of my times, Suikoden 2, took roughly 60 hours to finish the game. There were no post-game content, there were no DLC, graphics were okay, and it’s not a perfect game (bugs and typos). And yet, I found myself replaying that game for 3 or 4 times, and people ARE still searching for it. There are also games such as sports or dance games that doesn’t have any story in it (or even silly story), but has a lot of replayability value without having to have additional content.

You see publishers, you either make a game so good it’s worth replaying for, make a game that focuses on replayability, both of which will benefit you in the long run in terms of marketing, or you can create a so-so games with a lot of useless DLC, and milk the series as much as you can, which will rake you money but smear your name (looking at you Ubisoft and Square Enix).

After all that rant, what is the solution then? Well, one of the solution is right in front of their face, to be completely honest. Downloadable content. As much as I don’t like DLC, I realise that it is actually one of the ways to solve this console-region-game-locking-thing problem.

DLC, when done right will actually made the whole gaming industry better. For starters, the actual pricing of the game can be toned down if the DLC development is actually included during the development of the game itself. DLC is downloadable, making it available will be simpler compared to organising the entire supply chain. And of course DLC will add replayability value.

The issue with the current state of DLC is that, publishers are using it as a way to milk the customer out of their money. DLCs are being made at the intention for limiting the actual game content, and forcing the gamers to spend more money to unlock contents. And don’t get me started on on-disc DLC. Many game publishers are missing out the benefits (not profits, mind you) of having DLC as a way to communicate and provide better experience for their gamers. There are of course DLCs that have been done right (GTA IV comes to mind), but it’s quite rare.

Or they could simply come back to making great games.