In the previous post, we finally got to experience the Japanese train network for the first time and arrived at Shibuya without any problems. In this part two of the Day One in Japan, I will be exploring the walks in Harajuku, Omotesando shopping mall, and going to Meiji-Jingu shrine.

Right after we filled up our belly with a very good hearty ramen, we went back to Shibuya station and caught a train to Harajuku station. The station itself is right next to the Meiji-Jingu shrine, however, you can also go to the other nearby station, the Meiji-Jingumae station and walk from there.

Despite it’s name, Meiji-Jingumae (literally translates to before/in front of Meiji-Jingu) station is actually farther than Harajuku station. It’s about 450m walk from Meiji-Jingumae to the actual shrine entrance, and another 1km walk to the main shrine.

We decided that we would go out from Harajuku station, and returning via the Meiji-Jingumae station, because Meiji-Jingumae is on the Tokyo Metro line (our apartment was on the Tokyo Metro Tozai line). When we arrived at Harajuku station, I was greeted by the none other than an Alolan Vulpix. For the uninitiated, it’s a form of Pokemon, and honestly speaking, you haven’t seen how ingrained Pokemon are until you go to Japan.

Switching lines are easier if they are part of the same network, eg. JR to JR line, because in most cases you do not have to exit and enter entry gates again.

From Harajuku station, we went straight ahead to the Meiji-Jingu shrine entrance. The Meiji-Jingu shrine is located inside a shrine complex surrounded by trees, almost forming a forest right in the middle of Tokyo. This is part of Japan’s charm for me, and it made me fell in love with it instantly. You could have a skyscraper, towering buildings, and somehow in the middle of those, you can have a tiny little forest.

The entrance to the Meiji-Jingu shrine complex

In Japan, most Shinto shrine, such as Meiji-Jingu, is usually preceded by a wooden torii gate, like the one pictured above. It represents a transition from the mundane to the sacred. These torii gates are quite tall and usually towers over their surrounding. With the calm atmosphere and trees everywhere, for me, this particular torii gate invoked serenity and tranquility.

From the torii gate, there is still quite a distance to walk before the main shrine, perhaps approximately 1km. In the middle of the complex, we spotted barrels of sake, the Japanese rice wine. I’m not entirely sure whether these barrels actually have sake in them, or merely just for decorative purposes.

Continuing forward from the sake barrels, and we finally arrived in the main shrine of the Meiji-Jingu shrine complex, greeted by a smaller torii gate. The main shrine is quite huge, and as visitors of the shrine, you can only be in the shrine proper or common area, and the inside of the shrine is mostly restricted for the monks. Still, it was quite stunning to see the shrine.

Meiji-Jingu main shrine common area, the inner area (on the right) is restricted

There is also souvenir stands next to the common area entrance, from which you can buy talismans, charms, and postcards among other things. Unfortunately, they did not sell fridge magnets, and it had become my obsession to collect fridge magnet for every spot we went to while we were in Japan. I believe every proceeds go to the maintenance and day-to-day operations of the shrine itself.

The Meiji-Jingu shrine is still in active use, and perhaps that is why some areas are off limits. If you were fortunate enough, you could see a traditional Japanese wedding procession, just like we did.

After we spent an hour or two in the Meiji-Jingu shrine complex, and rest for few minutes, we went back to Harajuku station. It’s time to explore the famously quirky Harajuku! I didn’t take a lot of pictures while we were in Harajuku, mostly because I was pushing the stroller, however, their quirkiness is perhaps a bit overrated.

Sure there were a lot of things going on, and perhaps if you go to Takeshita street on a busy day, you may see all of those unusual kinds of stuff going on in Harajuku out. But other than that, Harajuku is just like any other area in Tokyo. If you love accessories or eccentric fashion though, this will be THE place to go. 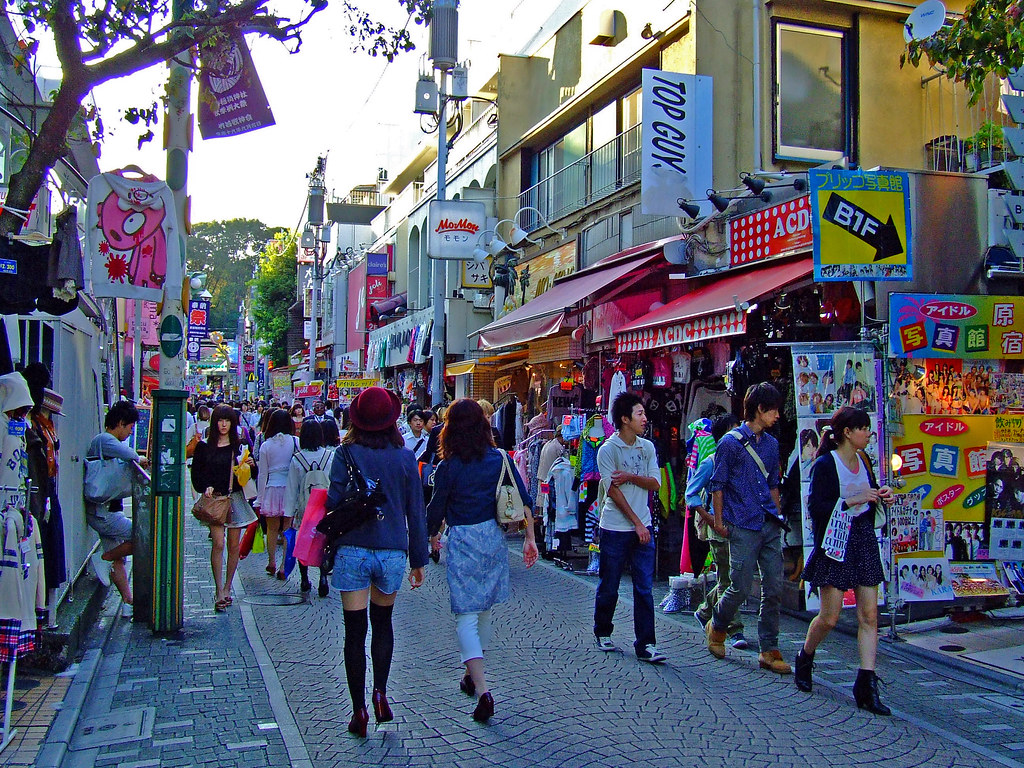 Takeshita street is heaven for quirky fashion and accessories [source]

Before we went ahead from Harajuku, we decided we would rest a bit and have some of the famous Harajuku crepes! We weren’t brave enough to try some weird combinations (I think matcha cheese was one of them), but the owner was kind enough to give extras for our son.

The shopping mall itself isn’t too different from any other shopping malls, but they do look premium. There are a lot of premium branded items inside if you’re into shopping. We were basically there to have a look at it and find the baby room (and got lost while looking for it). Apart from it, we didn’t do any shopping.

We did, however, went to the Starbucks Roof Garden in Tokyu Plaza, just nearby the Omotesando Hills shopping mall. Located on the rooftop (with only one elevator available), the roof garden provides a chance for us to rewind and rest for a bit, along with some coffee to charge up. If you do manage to stay until sunset or night, you can see a beautiful lighting (and a good spot for a date, I must say). 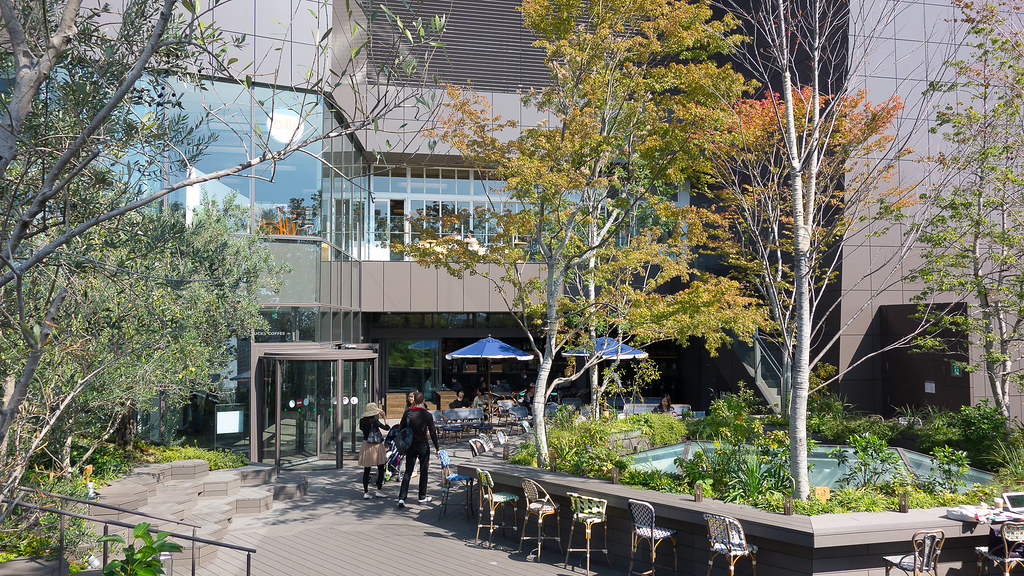 If you are questioning as to why someone from Melbourne would go for any Starbucks, it’s because most of the cafes in Japan mainly offers cold-drip-style coffee. They don’t exactly do coffee like we do in Australia. There are exceptions, of course, but generally speaking, to-go or takeaway coffee would only be available at coffee chains such as Starbucks. And besides, I only drink the blended ones from Starbucks.

Also, the Starbucks Rooftop Garden is a good place for parents to relax while the kids can run around in the open space.

After relaxing for half an hour or so, we decided to finish for the day, as it’s also getting a bit late. Before going back to our apartment, though, we were thinking of having dinner first. Luckily for us, after going out from Tokyu Plaza, there is a tempura tendon chain nearby called Tenya (or Tendon Tenya). We had a hearty and very filling meal, before finally catching up a train and going back to our apartment.

That’s it for our day one journey in Tokyo! When I had a look at my smartwatch on the day, it reported that we’ve walked around 25km just on that single day! The next day, since it was raining, we had to change our plans and went instead to Sunshine City in Ikebukuro.